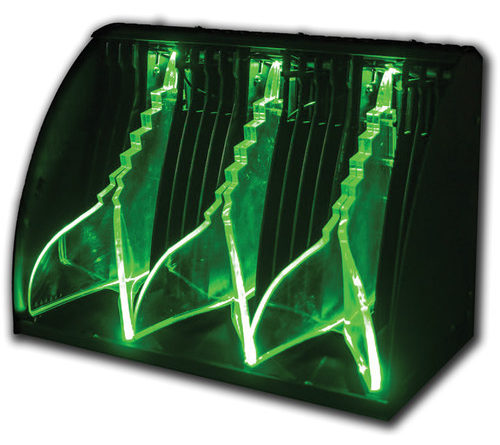 One of the ways I filter out wannabe green screen gurus from people who know what they are talking about is to listen to their explanations about why green is the preferred chromakey background for digital video. They usually have some vague collection of reasons why green is better (like people prefer blue clothes more than green – not true.) But, chromakey work always requires compromises in wardrobe and if blue was inherently better, people would adjust their wardrobe. Green is actually better than blue for digital video. So, what is the real reason green is the dominant chromakey color for video?

Check out these related articles:

The Ultimate Green Screen Resource Guide
Become a Home Office Video Lighting Instant Expert!
Green Screen Paint â€“ How to Pick the Right One
How to Build a YouTube Channel and Publish Videos That Get Views
6 Easy Ways To Improve The Sound of Your Videos

A Little Background on Light and Image Sensors

The primary colors of light are red, green, and blue. By mixing these colors together in various proportions, we get all the colors of the rainbow. Video cameras focus light on a sensor which has millions of tiny light sensitive elements which convert light intensity into an electrical charge that gets converted to a number that is stored in your computer as an image. Of course, this is a highly simplified version of the process, but it is the basic process.

As digital cameras gained in quality and popularity, a cheaper and more elegant solution was needed to capture color information. Camera creators started using image sensors that had something called a Bayer filter mosaic. The image sensor’s elements are covered in a pattern of red, green and blue filters and the information from those elements gets blended together to create a single pixel.

One of the unique aspects of the Bayer Filter Mosaic pattern is that it is made up of 50% green, 25% red,  and 25% blue. There are twice as many elements dedicated to recording green information as there are dedicated to recording blue.  So, the image sensors in modern digital cameras are more sensitive to the color green.

A Little Bit of Physics

In addition to the Bayer Filter Mosaic pattern, physics plays a role in the preference for green over blue screens. Visible light is an electromagnetic wave form. The colors on the red end of the spectrum have a very long wave frequency, and the blue end of the spectrum has a very short wave frequency. The shorter the wavelength, the easier it is to deflect it. It scatters easily (which is why a clear sky looks blue – the blue spectrum gets scattered in the atmosphere in a process called Rayleigh scattering.) The practical result of this is an increased chance of noise in the blue channel of a digital image. 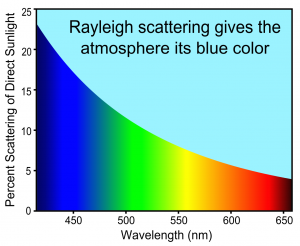 Putting It All Together

Blue and green are the two primary colors that show up least in human skin tones. Single sensor video cameras that use the Bayer Filter Mosaic (basically all digital cameras) are more sensitive to  green than blue. The shorter wavelength of blue light increases the chances of noise in the blue channel of the image.

The result: green is the go-to option for chromakey when using digital video cameras. Anyone who says differently (and doesn’t possess a PhD in physics) probably doesn’t know what they are talking about!

If I’m wrong, explain what I’m missing in the comments and I’ll correct any mistakes in this article!