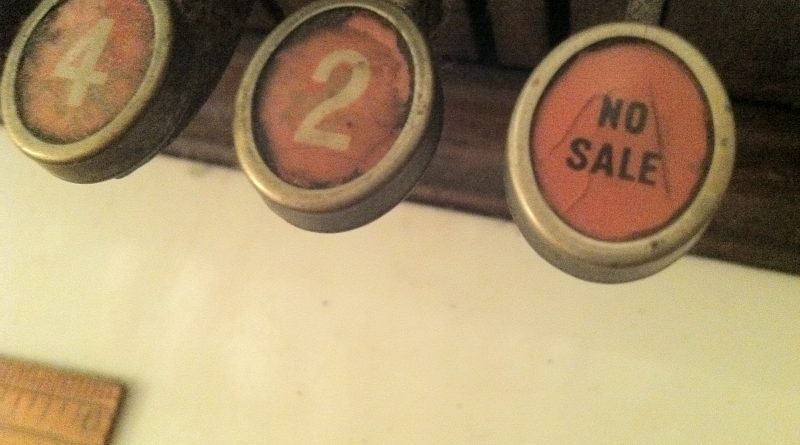 My video channel, DIY Bookbinding, just got officially removed from the YouTube advertising revenue program. YouTube changed the rules for participating in their advertising revenue program and declared that a channel must have 1000 subscribers and 4000 hours of watch time in the past 12 months to be eligible. The effective date for the change is February 20th, 2018. My channel has over 6000 hours of watch time, but only 923 subscribers. So, I’m cut off from ad revenue.

I’ll admit that I’m feeling hurt about this. I created the channel about one year ago and published the first video on February 28th, 2017. I put a lot of effort into the quality of the videos I publish and have earned every single subscriber honestly. I have never tried to game the system by asking friends to subscribe or buying subscribers from shady channel promoters that artificially pump up a channels stats with bogus views and subscribers. Every subscriber is a viewer who likes the videos I make and wants to see more. The channel didn’t start earning any real revenue until July of 2017, but income has been growing steadily and (until today) I’ve been making roughly $25 per month in revenue. That’s not life altering money, but it does help cover a few bills.

I’ve been working doing hard honest work to build my channel and this setback hurts, but YouTube doesn’t hate me.

Lots of YouTube channel creators have recorded endless rants about how Logan Paul and Pew Die Pie ruined everything or that YouTube hates small channels.

The antics of Pew Die Pie and Logan Paul only highlighted a flaw in Google’s YouTube business. The business relies heavily on advertising revenue. Without ad money, the whole operation goes bankrupt. Google spent lots of time and energy courting big brands and institutional advertisers to use their ad platform. They spent lots of engineering muscle creating algorithms to filter the content and manage the system. Then some very high profile failures exposed the truth.

It turns out that algorithms, machine learning, and massive computing power still have a hard time figuring out that a popular personality has gone on a racist rant, another is doing tasteless things like shocking dead rats for fun or showing the bodies of of suicide victims swinging from a tree. They can’t even tell that another computer is using an algorithm to mash together incomprehensible garbage to attract clicks from kids.

YouTube has been relying on computers to weed undesirable videos out of their advertising garden and it’s not working. Their backup plan is to have users flag content for review, but that can only happen after the fact. And it turns out that deep pocketed advertisers care about the content their brands are associated with.

The answer to the problem is putting humans into the approval loop – actual competent ones. But tech companies know a secret about humans.

Now, if you have a small YouTube channel that gets 50 or 100 views every month and generates a few dollars in ad revenue, it is too expensive to spend one minute of a human employee’s time reviewing your latest video to determine if it is appropriate for advertisers. They’ll lose money doing that and that is bad for business.

The Solution to YouTube’s Dilemma

The answer to the problem is to raise the bar of entry until it filters out all the channels that cost more money than they generate. These channels aren’t being kicked off the platform. They aren’t even being blocked from earning income (they can still link to a Patreon account, promote affiliate offers, and pursue sponsorships.) They (and I – for the moment) just can’t earn income from the YouTube ad platform.

Raising the bar to entry will also create a dis-incentive to scammers. If it takes a lot of work to qualify for the ad program, people who are trying to game the system will move on to easier targets.

This system is not perfect. But, unless the algorithms get a lot better, this is the best hope to keep advertisers from abandoning the platform.

What is a Small Channel to Do?

My plan is to keep doing what I’ve been doing and grow my channel. When it gets to 1000 subscribers sometime in the next two weeks (edit: it took slightly longer as I lost a lot of organic traffic the first few days after being demonetized), I’ll re-apply to the ad program. Hopefully they will review my request quickly and get my income going again (edit: it ended up taking over 3 months for them to review my channel after I reapplied – but my income went up overall once I was back in the program.)Â  At this point, there isn’t a better platform for reaching an audience with video.

I’ve heard that Amazon is developing a competing video service. Many YouTube Creators already make money by linking to products on Amazon with affiliate links in their video descriptions. If Amazon created a platform where small channels could earn money through affiliate referrals (no ads needed and they make income from product sales and not ad sales) they could lure a lot of people away from YouTube. They could also sell ads on videos for high volume channels or integrate videos into their existing streaming service.

Amazon has a lot of potential, but until they make an aggressive move, YouTube is still the best option for Video Creators to publish their work and build an audience.