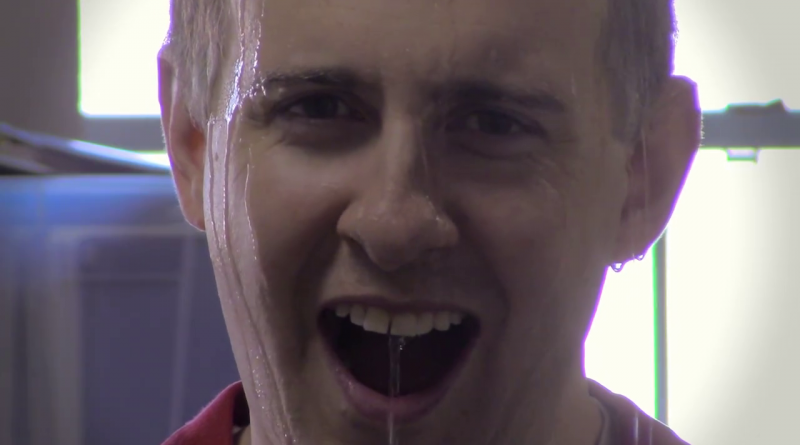 Much of my work in the past few years is very fast turn-around low budget video for social media promotion. The crew consists of me and I’m grabbing quick shots with people who do not have much time to participate with the project. This was one of those projects. We basically brainstormed the idea over lunch one day, I sketched up a storyboard, and we shot everything in an afternoon. Having the Children’s Ministry Director onscreen with himself always plays well with the kids and parents which leads to good interaction and sharing on social media. It’s a simple but effective gag. The spit take reaction closeup was the key gag in this promo and just required a cup of water poured over Stanley’s head.

With many of these projects I map out the video with a very rough storyboard. This gives me a chance to think through the overall edit of the finished video before the pressure to get all the shots begins. Later, the boards become my shot list and I cross off shots as we finish recording. I’ll spontaneously grab a little extra coverage along the way, like the insert shot of the Easter Bunny hiding the coffee mug as he passes Mike in the hallway, but the boards make sure I have the essentials.

This project involved zero lighting, simple audio, a cheap camcorder, and a tripod. No awards will be won for this one. But, it was highly effective for promoting the event and we were able to pull it off with the limited time and resources we had available.

This is the finished video created from the storyboard. The little split screen info dump at the end was scripted but not storyboarded.