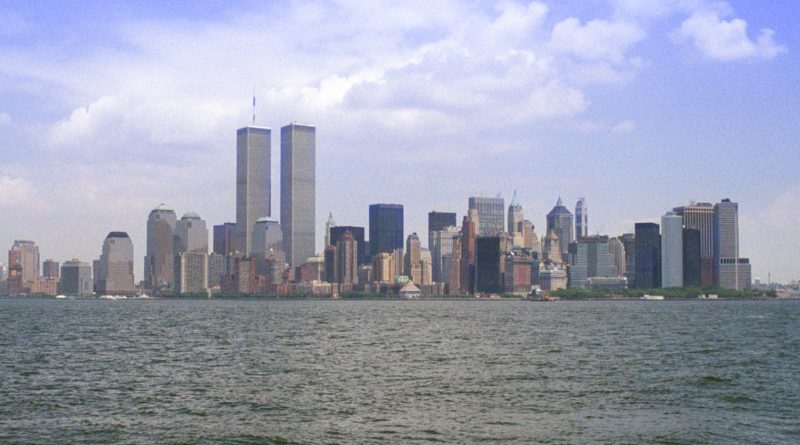 AUTHOR’S NOTE: I was going through some old notebooks in my home office today and came across a short essay I had written down the day I re-visited the World Trade Center site about 5 1/2 years after the terror attack. People were still arguing about whether, and how, the site should be redeveloped. I hadn’t been to Ground Zero in over a year and I stood at the south east corner where I had once stood 7 days after the attack – the place where I watched rescue and recovery teams digging through the rubble as smoke continued to rise out of the rubble. I felt compelled to write something about the experience, and the following essay is what I scribbled out in my little notebook.

How do you give a voice to something you cannot find words to describe?

Can you create a picture to express what you cannot see?

I revisited the World Trade Center Site today. It’s my first visit in more than a year.

The justice system of New York called me in to 111 Center Street for Jury Duty and, on lunch break, I found myself wandering toward the site. I hadn’t planned to stop by, but as I got closer I felt a growing desire to look in at the current state of things.

On September 18th, 2001, seven days after the towers fell, I was part of a group that was taken to Ground Zero. We drove into the site from the south east corner along the edge of concrete plaza that had been used to lay out recovered bodies in the hours after the buildings fell.

We stood at the top of the stairs in front of a Brooks Brothers store looking out at the men and machines digging through the smoking rubble looking for bodies, hoping for survivors, and beginning the long process of clearing the destruction to make way for something new.

So much has changed in the past 5 1/2 years. New buildings have risen and there is life all around. There are busy streets, a bustling PATH station, and men and machines working intently to fill in the hole and restore life to this enormous empty space.

I can’t put precise words to what I felt looking at all of the changes. I am one of the people who wants to see new buildings on the site even more grand than the old ones. I want new life to rise up against the hole left by death.

But, as I looked at the frenzy of activity around me, all working to make something new, I also wanted it to be quiet and still. I wanted to be able to just stand there and remember.

A feeling somewhere between sadness and hope was moving through me.

As soon as I reached the site I knew I had to return to those same steps where I stood back in 2001. I climbed up and stood at the spot. The windows of the Brooks Brothers store were no longer covered with messages from rescue workers written with fingers in the dust from the fallen towers.

The ledges of the surrounding buildings were no longer covered in debris.

I miss the towers in the same way that I miss my grandfather, but without tears. And I want something new to grow up in this place of possibility.

Whatever buildings, parks, and memorials replace the fallen towers, I don’t ever think I will be able to enjoy them like I did the World Trade Center towers. There will always be a lingering sense of the lost.

It is up to new generations, my daughter, to breathe unencumbered life into places like this. I carry too much history with me.

Life is the best antidote to death. I’ll learn to deal with my desire for quiet reflection and try not to let it silence the sounds of life.